Seven-year-old Riley’s life began quite a bit different than most. It began on a cottage road, delivered by her father.

It started when Riley’s mother Kim wasn’t feeling well, so decided to go to her family doctor and get a check-up, as her and her husband Jeffrey had planned to go to a cottage later that summer afternoon. After being told she had a simple flu, she was cleared to head to the cottage.

Later that night, Kim realized the baby had already begun to crown, without any warning signs of labour. Kim and Jeffrey rushed to the hospital, but weren’t able to make it before little Riley was born on the road, a month early.

After calling an ambulance, they were able to instruct Kim on how to best help Riley while she waited for their arrival. Finally, the family was taken to the nearest hospital. The hospital was not equipped for infant care, so they kept the newborn warm with light and hot saline bags.

Soon, Riley’s sugars were dropping. If they continued to drop, Kim was told Riley would begin to have seizures. Luckily, the hospital was able to call a neighbour, a retired neo-natal nurse to come and administer a needle to get her sugars back up, saving her life.

Riley and her family then travelled to Peterborough Regional Health Centre’s Pediatric Outpatient Clinic (partnered with SickKids), where it was discovered that Riley had Polycystic Kidney Disease. After this, Riley’s medical team decided to do an MRI.

The MRI discovered that Riley had suffered two strokes, one on each side of the brain. One stroke took place in utero and the other after delivery.

“They told me she wouldn’t be able to walk, talk, hear or see,” said Kim Hoben. “She was CP (cerebral palsy) level 2. She was diagnosed at two years old because they don’t diagnose as a baby.”

Neither Riley nor her family let this diagnosis stop them.

“Grandview has always been involved with her,” said Kim. “She’s had speech therapy, she still has occupational therapy and physiotherapy, orthopedic, audiology, she has Botox treatments…I don’t know where I’d be without them.”

Since the tough start to Riley’s life, she’s come a long way in terms of development.

“She loves skating. She’s doing it with Special Olympics and she’s now walking on her own to the rink on her skates and taken probably five strides by herself in between instructors. It’s amazing,” said Kim.

Riley still visits Grandview weekly. Her current goal is to grow the ability to use the left side of her body, as it’s weaker than the right.

Riley may be small, but she’s mighty. She doesn’t let her ability level stop her from anything. She’s continued to grow, smash her developmental goals and participate in whatever her heart desires. 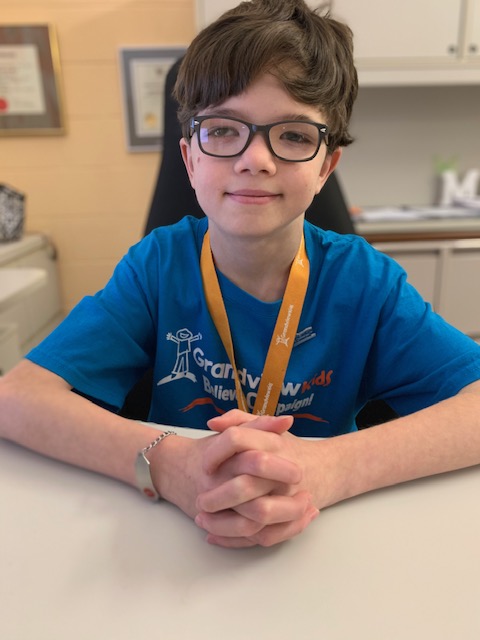 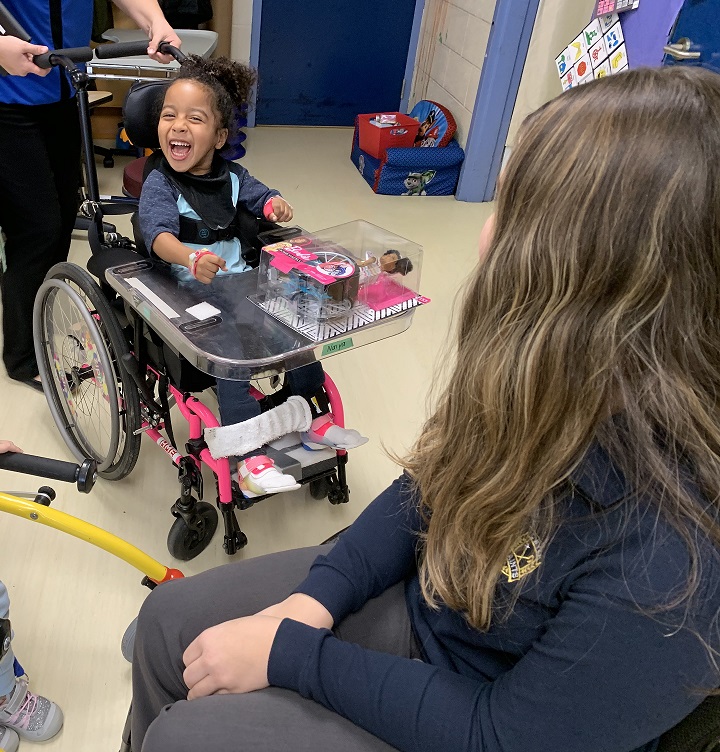